Hit Board Game ‘Monopoly’ is Making Its Way to Broadway

Hit Board Game ‘Monopoly’ is Making Its Way to Broadway 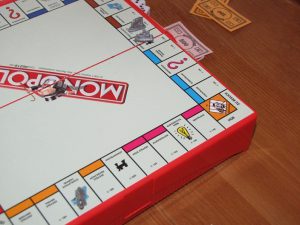 The classic board game Monopoly is without a doubt a part of popular world culture. It’s played all around the globe by families, adults, teens and kids alike, teaching valuable lessons such as handling finances and investments. What a lot of people don’t know, however, is that the game was originally made to bring awareness about income inequality.

The game traces its origins back to early 1900’s, when a young lady created “The Landlord’s Game”. Henrygeorge.org chronicled how Elizabeth Magie became interested in the writings of Henry George. George’s works on economy, land taxation, and income inequality would then become major inspirations for conceptualising the game which would eventually become known as Monopoly.

Today, the game is licensed in more than 100 countries and printed in over 37 languages. Additionally, it now has an array of digital products launched under its name, available in the form of mobile app Monopoly Here and Now, or as a theme in other game genres such as Monopoly Dream Life.

Breaking Free From the Board Monopoly wasn’t bound to stay within the confines of the gaming world. Almost a year after articles such as the one from Variety magazine announced that a film about Monopoly was in the works, the classic board game is also now heading into showbiz as there will soon be a musical based on the game.

News outlet The Guardian stated that Hasbro, the current toy company who own the rights to Monopoly, has the green light to start the production of a Broadway musical based on the popular game. Hasbro has partnered with Araca Group to produce the show, which will be performed only on Broadway.

Araca Group founder, Matthew Rego, stated that the musical won’t just focus on people playing the board game so the audience won’t not have to worry. Instead, it’ll creatively explore the game’s premises.

For instance, the film will centre on a boy who hails from Baltic Ave., a popular address on the game board, and his aspirations of building his fortune.

As of this writing, there is no premiere date announced yet, but reports show that the production will hit the stage in three to four years.