In keeping with the spirit of Halloween, I decided to write a post about Spiders!  I wouldn’t go as far as to say I “like” spiders, although I wouldn’t say I “don’t” like spiders either (unless of course they are crawling on me or going to bite me, I certainly don’t like that!).  I have a cousin (whom I now know is completely crazy – sorry RCT!) that had a picture taken with a tarantula on his face. Although he did say he wouldn’t do it again, so maybe he’s not completely crazy, but most positively somewhat crazy!  I would never, ever do that!  However, spiders definitely fascinate me, and they truly are amazing creatures!!

So, I decided awhile back to photograph all of the spiders that I saw for the next few weeks and write a post about them in October.  Now, spiders are hard to photograph and I am not a professional photographer and alas my camera isn’t very good, so the images are not all crystal clear.  Still, they are fun to look at and the fuzziness of some of the pictures make them look even more creepy!

It just so happens that about a year ago we found a harmless hairy, jumping spider crawling along on the ceiling.  I didn’t want my grandson to be afraid of it so we decided to let it be, give it a name and keep it as a “pet.”  G2 named it “Spiker” and every few days he shows up at some random location around the house.  Sometimes he stays hidden for a few weeks.  Recently, we hadn’t seen Spiker for a long time and as I sat down to edit pics for this post my husband announced he’d found a spider in a plastic grocery sack.  It was a hairy, jumping spider.  Maybe it was Spiker and maybe not.  I got him out of the bag and let him crawl around my Halloween decorations while I photographed him.  Eventually he crawled out of sight.  He’ll show up again in a few days and no one will be any the wiser.  I’ll be the only one who will know that perhaps this is “Spiker Two.”

I know this post will incite some of my readers to scold and chide me for doing such an evil thing as to write about spiders.  In fact, I’m sincerely hoping that my dear Mother in Heaven  has gained a new perspective and an appreciation for those quaint little fellows we call arachnids.  If not, and if she happens to look down and see that I’ve written a post about spiders and spent my time photographing the vile creatures, she will most certainly disown me for all eternity! Nevertheless, I shall boldly and bravely proceed to finish writing my post and share my photos of a few dashing Creepy Crawly Spiders with you.  ‘Cause really, I know my Mother’s love is unconditional!

This is the spider that I photographed while he crawled around the decorations (orange lights, white ghost lights and fall leaves) on my banister.  See his beady little eyes in the center pic?! 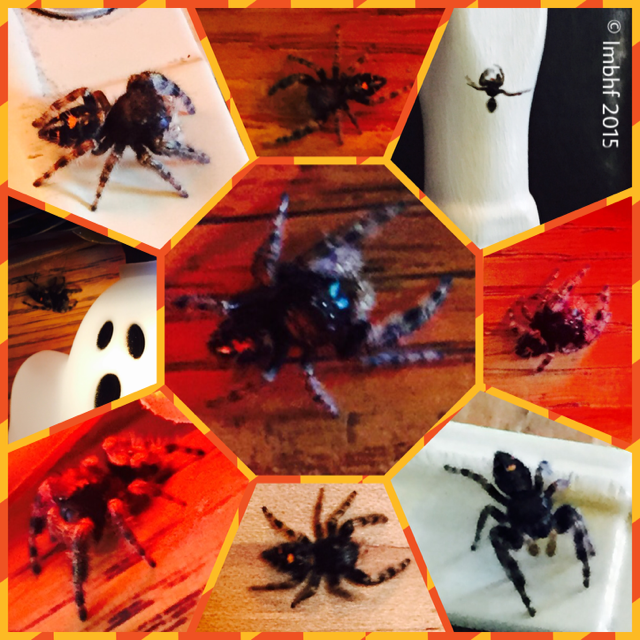 Jumping Spider in the Halloween Decorations

These are miscellaneous spiders that I came across.  The one on the bottom right was actually orange! 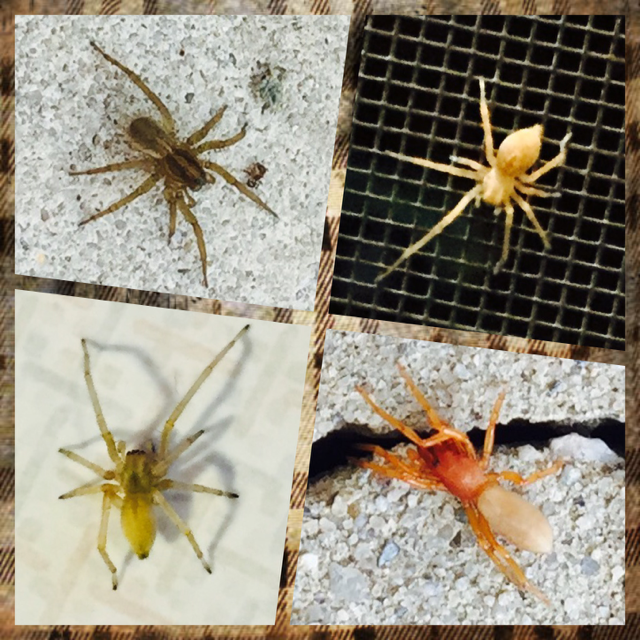 Check out this guy’s legs.  He had them all curled up funny and I wondered if he was not feeling well, but then I spooked him so he straightened them right out.

This is the grand daddy of all the spiders I photographed.  He is hard to see, camouflaged in the grass and mulch, but with his leg span, he was at least as big as a silver dollar. You can’t tell from the picture but this bright eyed little guy is just a baby spider.  He was about half the size of a pencil eraser. 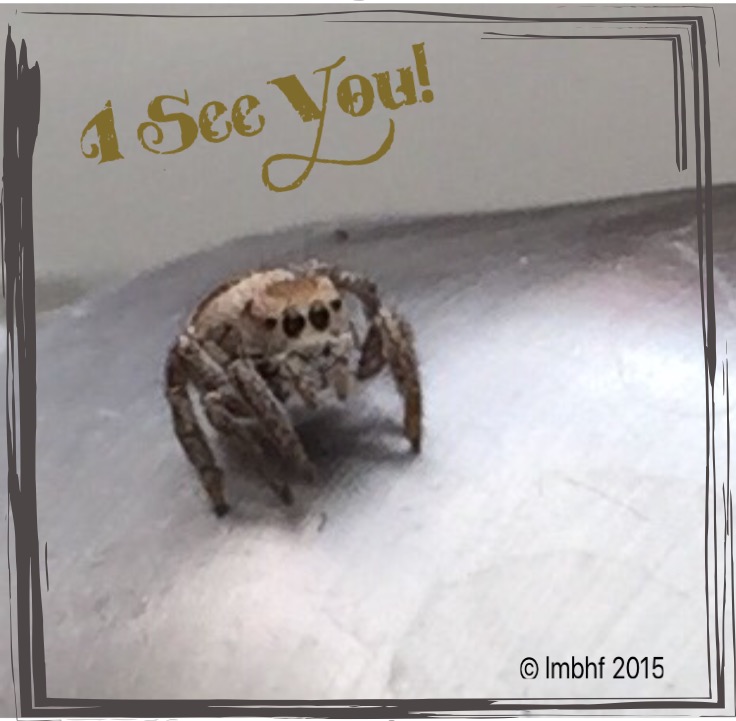 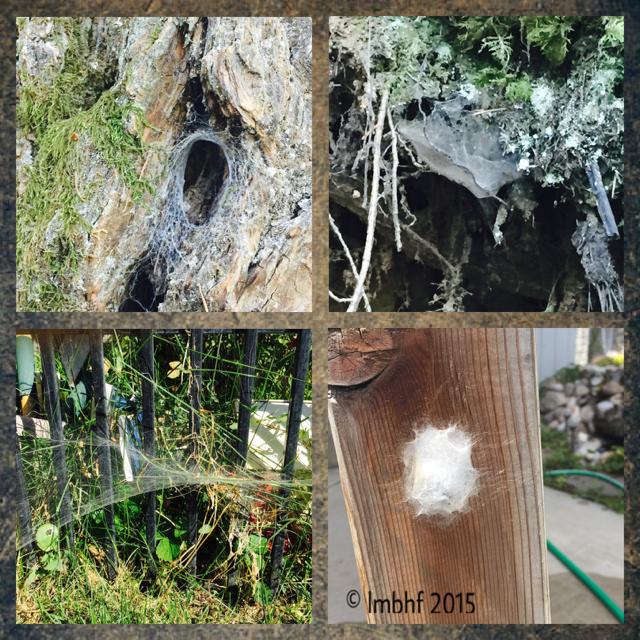 This is my other favorite picture.  Check out this chubby little guy’s eerie shadow! 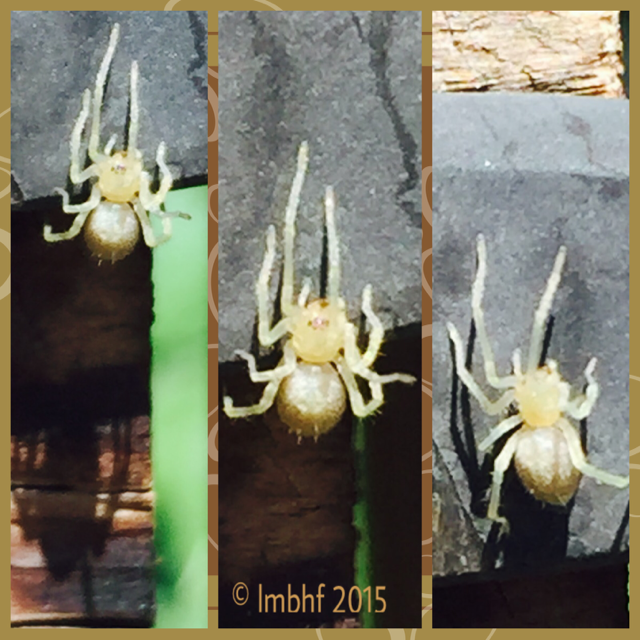 Keep your eye out for eight legged friends!  They are all around you!